Guide to Special Collections and Archives at UoB

The following collections are housed in the Cadbury Research Library at the University of Birmingham. Please search the archive catalogue for details of further collections.

The Cadbury Research Library Special Collections holds a large number of archives relating to the history of 19th and 20th century businesses and organisations. Details of these can be found on the A-Z listings.

Collections include the Church Missionary Society Archives which are particularly useful for African Studies. 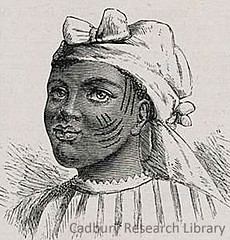 Collections include the British Association for American Studies; papers of Sir Evelyn Shuckburgh (1909-1994) diplomat; and the archive of Beatrice Warde (1900-1969), Vice-President of the British American Canadian Associates. 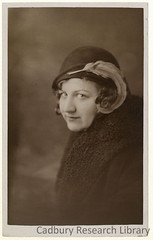 Collections include extensive original 19th century artwork of Sir Lawrence Alma-Tadema; John Hardman & Co., Birmingham, stained glass window designs, 19th-20th century; and a collection of more than 2000 Soviet propaganda posters, spanning the period from the 1917 revolution until the collapse of the Soviet Union.

The Barber Fine Art Library  in the Barber Institute of Art contains general and specialist research level about European schools of painting from the early Renaissance to twenty-first century, the history of collection, and some Byzantine art. Please note that books cannot be borrowed.

Many books belonging to the Barber Fine Art Library are shelved in the Research Reserve and should be requested through FindIt.

Collections include a Theatre Collection of some 5,000 printed articles, cuttings, playbills and photographs relating to theatre performances in London and the provinces during the 20th century. They also have the personal papers of playwrights and actors such as Noel Coward, Beatrice Campbell (Mrs. Patrick Campbell) and Norman Painting.  See the Drama and Theatre Subject Resource Guide for further information.

The Shakespeare Institute Library also houses a number of special collections on textual editing and criticism. 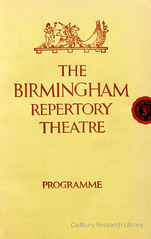 All images on this guide are available from the Cadbury Research Gallery Flickr Gallery  unless otherwise stated.